Dunnington Church of England Primary SchoolSporting NewsDunnington vs St Oswald’s Football Match Report
Last Friday we welcomed St.Oswald’s for our first league game of the season. The game got underway and with our first attack, Ollie made a run into the box and Ben R played a great pass to put Ollie through on goal. 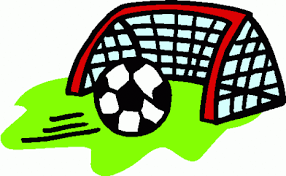 Ollie placed the ball in the bottom corner. Our second goal was by Max. As Ben crossed the ball into the penalty area, Owen left it for Max to fire it into the back of the net. St Oswald’s got back in the game by scoring two goals in the space of four minutes to make it 2-2. Charlie M (goalkeeper) delivered a spectacular pass to Ollie who made it 3-2 to Dunnington. It was half-time.

In the second half, Zac crossed the ball into Max who tapped it in to make it 4-2. St Oswald’s hadn’t given up and they managed to score another goal. All 9 players shared the same amount of time on the pitch and it was a great win and team effort to run out winners in the end!

A big thank you to all those that came along to support us and made it a really special afternoon!

Final score: 6-4 to Dunnington.Owen and Max

In the development game a team made up of mainly year 5s and some year 6s played out a spirited game with many of the players playing their first competitive game or first ever game for the school. It was a close game and St.Oswald’s development team ran out 3-1 winners. There is no doubt that Dunnington proved that there are many promising talents and the making of a great team for next year!Mr Gargiulo