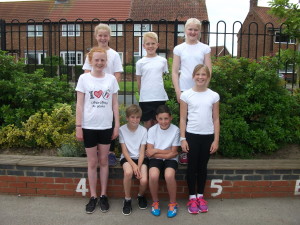 The amount of children getting involved in netball at primary level is on the increase all the time and is now a mixed game until Year 7.

We took 3 teams of Year 6 children to this festival. It was another cold and windy afternoon but this didn’t stop the fantastic standard of netball that took place.

One team from Dunnington won and got through to the York finals. This was held at Joseph Rowntree School in April and again, we competed well and the standard of netball was very high. We came a very impressive 4th!