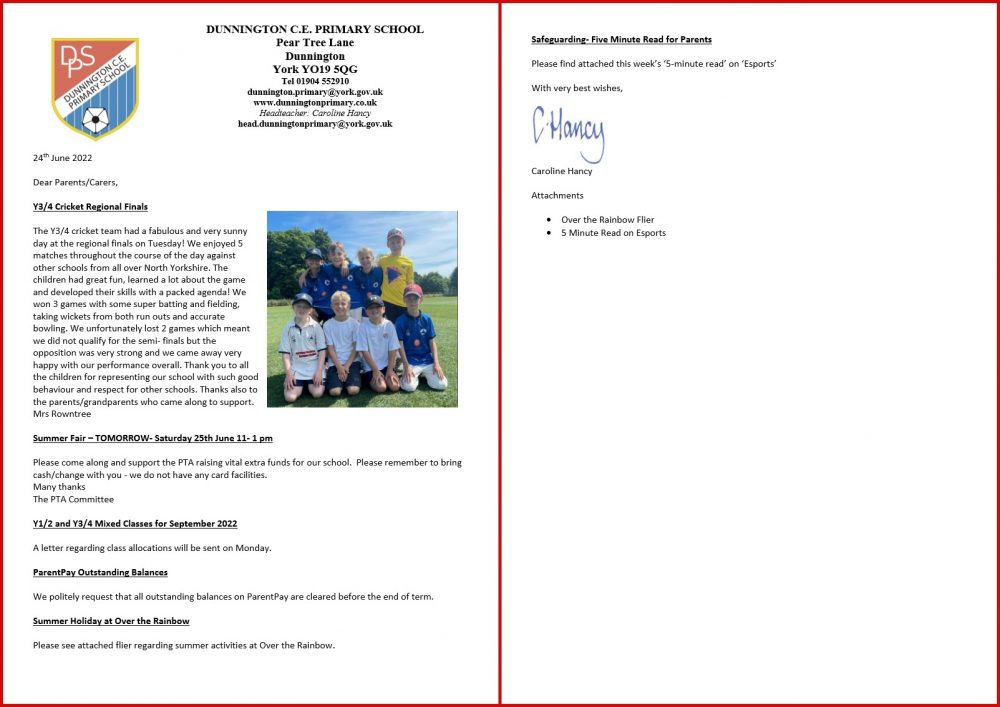 Please come along and support the PTA raising vital extra funds for our school.

Please remember to bring cash/change with you – we do not have any card facilities.

Please note the following dates for the EYFS/KS1 and KS2 Sports Days, which needed amending since the original Diary Dates information was distributed due to an unavoidable alteration of the dates for the Year 5 residential trip. EYFS/KS1: Monday 4th…

END_OF_DOCUMENT_TOKEN_TO_BE_REPLACED 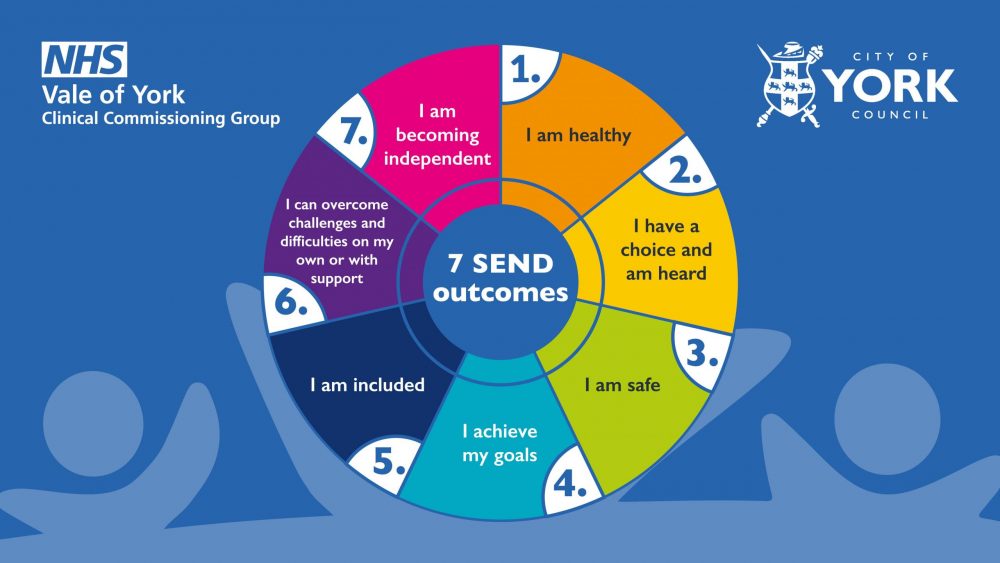 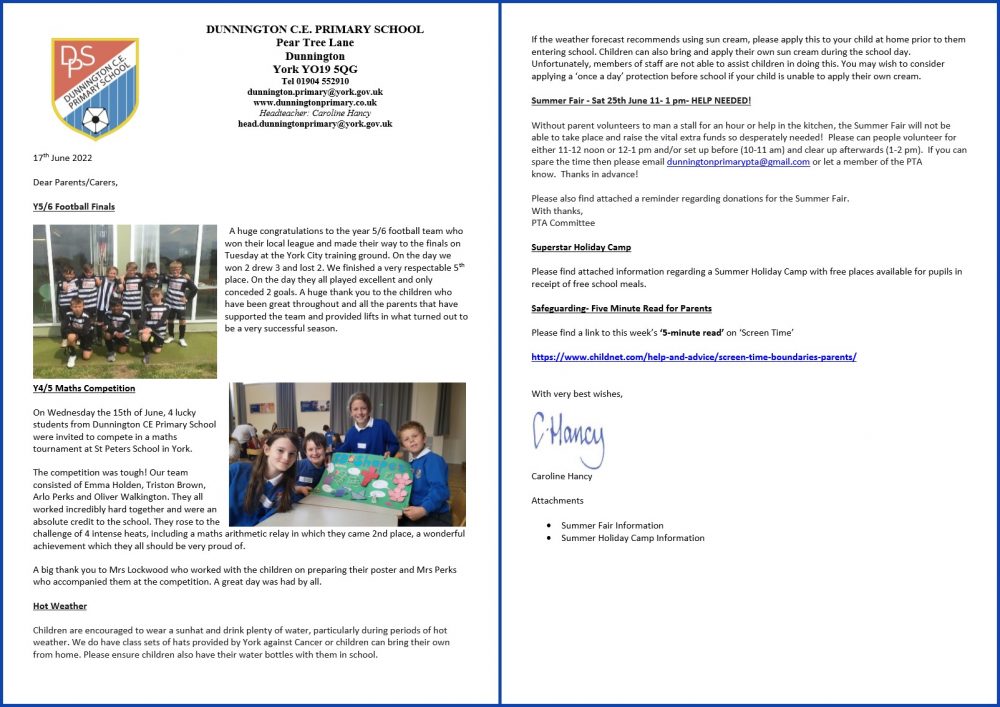 Without parent volunteers to man a stall for an hour or help in the kitchen, the Summer Fair will not be able to take place and raise the vital extra funds so desperately needed! Please can people volunteer for either 11-12 noon or 12-1 pm and/or set up before (10-11 am) and clear up afterwards (1-2 pm).

If you can spare the time then please email dunningtonprimarypta@gmail.com or let a member of the PTA know.

Click here for the letter about donations for the summer fair. 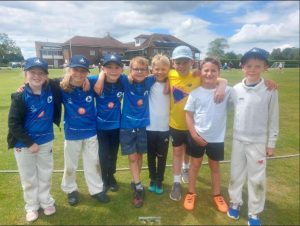 The Y3/4 cricket team had a fantastic afternoon at Dunnington cricket club in the inter schools’ tournament. The children were a real credit to themselves and to the school, showing great teamwork, encouragement and sportsmanship throughout. In their first match they played Stockton on the Forest and finished with a comprehensive win 133 runs to 38. In their second and final match vs Hempland the game was much more even. Again, the boys and girls fielded really well and did brilliantly to come out as winners in a very close match ending 87 to 86! They now progress to the regional finals on Tuesday 21st June at York Cricket Club. A huge thank you to Mr Robinson for coaching and looking after the team. 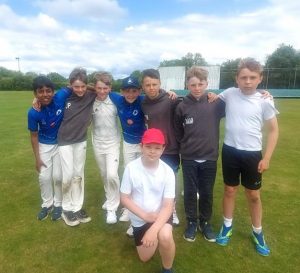 The Y5/6 cricket team also took part in the York cricket finals at Dunnington Cricket Club on Wednesday. The boys all represented our school with a fabulous display of skills, teamwork and sportsmanship. We played 3 games in the qualifying round and beat Badger Hill, Hempland and Naburn very convincingly. Wickets were taken through excellent bowling and superb fielding, including a few diving catches! We then faced Osbaldwick in the semi -final and again, showed true team spirit with a good win! This meant we faced Naburn in the final and with some superb action on the field and great support from parents, we won and are through to the Regional finals. A super day and so nice to be back enjoying competitive sport against other schools! 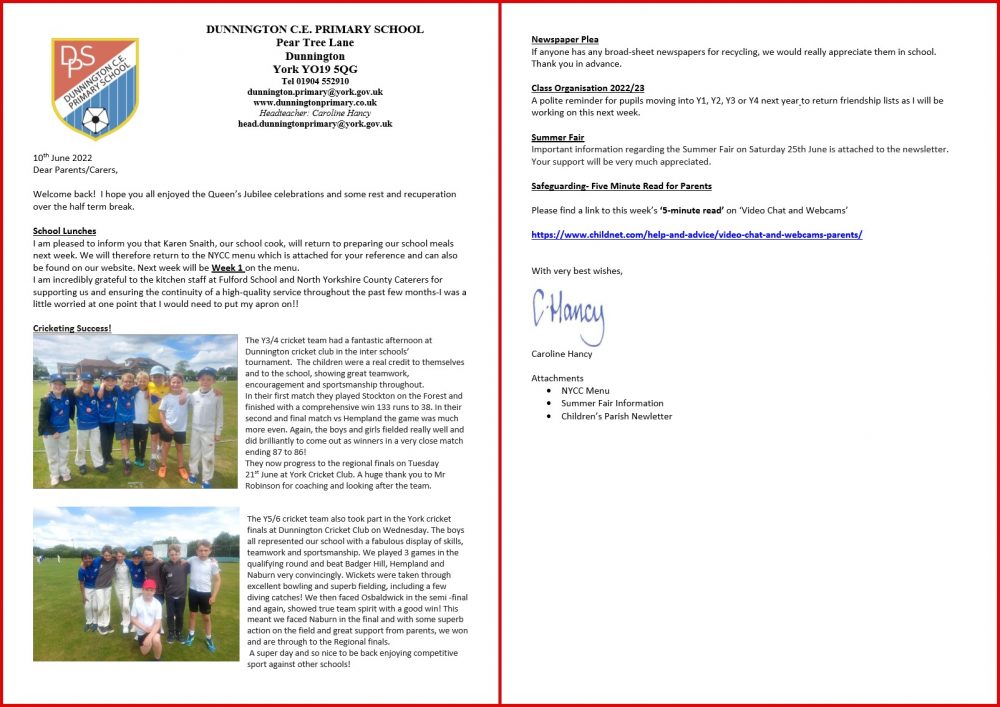 I am pleased to inform you that Karen Snaith, our school cook, will return to preparing our school meals next week (w/c 13-6-22). We will therefore return to the NYCC menu which you can find below. Next week will be Week 1 on the menu.

I am incredibly grateful to the kitchen staff at Fulford School and North Yorkshire County Caterers for supporting us and ensuring the continuity of a high-quality service throughout the past few months – I was a little worried at one point that I would need to put my apron on!!Mrs Hancy 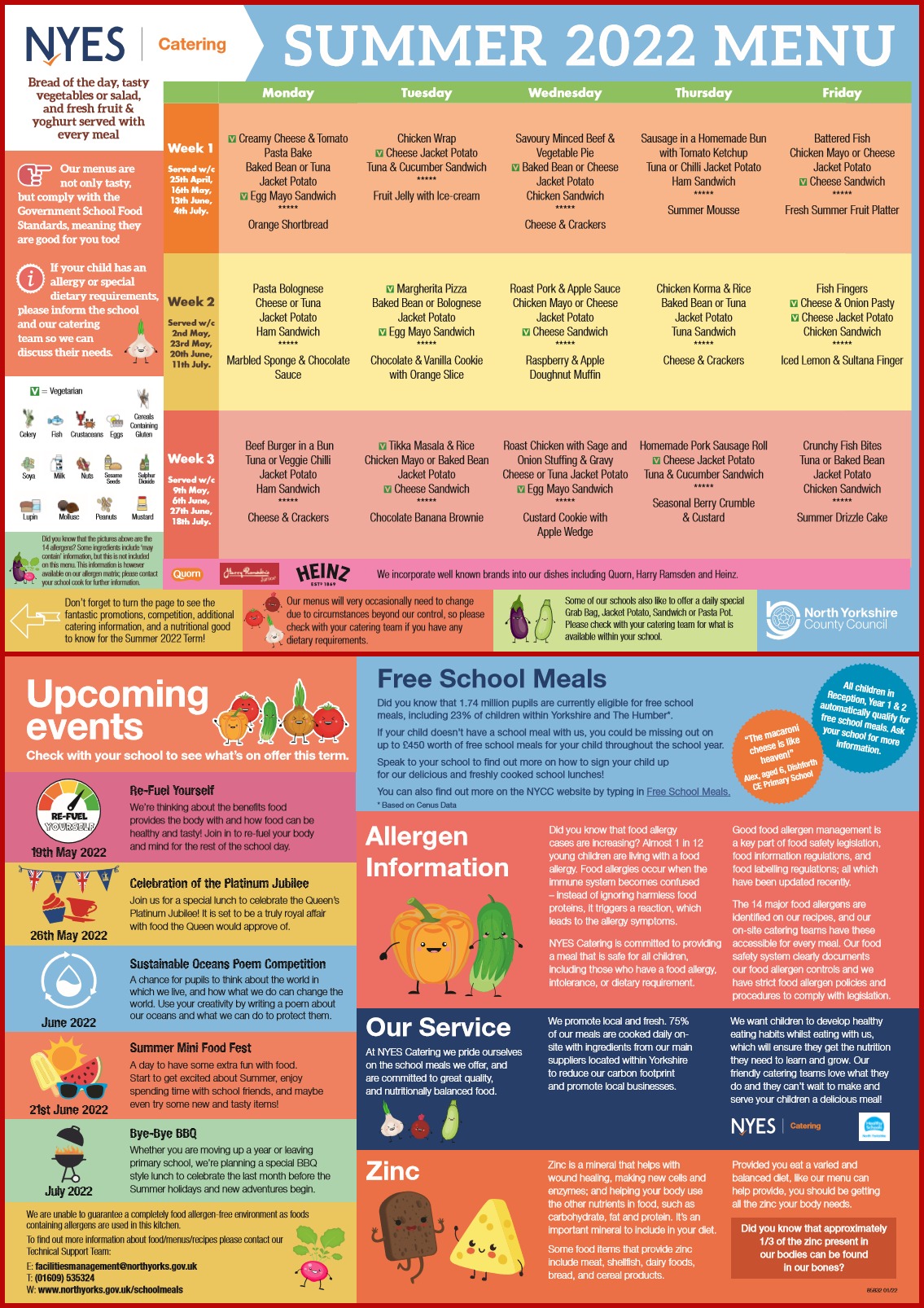 Click here to find out more about school dinners. 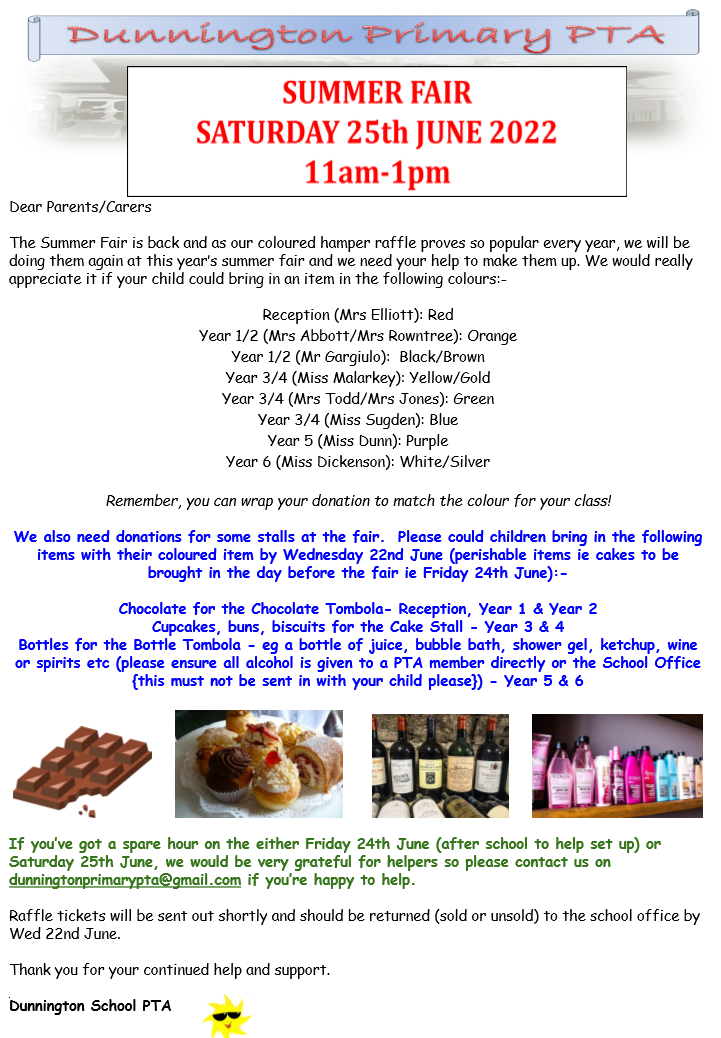